In 1835, two years after the death of her husband John Winslow Whitman, Sarah Helen Whitman sat for Cephas Giovanni Thompson to render this likeness featuring her pink widow’s bonnet. 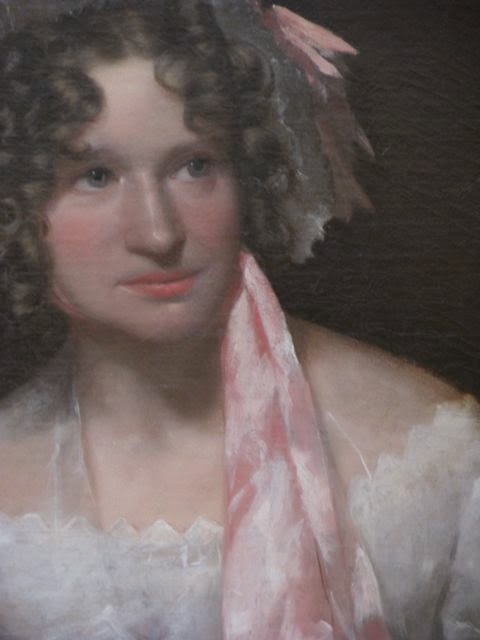 When Edgar Allan Poe was courting Whitman at her home, he glared at this painting for hours as it hung in her parlor, and he remarked that she had a striking resemblance to his boyhood love, a mother of his schoolmate and his original “Helen,” Mrs. Jane Stanard. Although we don’t have a proper image of Mrs. Stanard, the uncanny resemblance of Sarah Helen Whitman to Jane Stanard’s son Robert leads us to believe Sarah Helen Whitman and Jane Stanard must have had some similarities in features.

When Sarah Helen Whitman died in 1878, she willed this painting to Brown University but her executors mistakenly gave it to The Providence Athenaeum. The painting meant for the Athenaeum that was given to Brown University was a copy rendered from this one by John Nelson Arnold in 1869, and is currently on display at the John Hay Library.

This painting is currently on display in a locked room called the “Raven Room” at the Providence Athenaeum. You can reserve this room for studying or special meetings, but if you’d like to just view the portrait, simply ask a staff during your visit and they will gladly let you in the room if it’s unoccupied/unreserved. You can always call ahead or email them to check before you visit!

Pictured below is a photo I took during my viewing of the portrait. 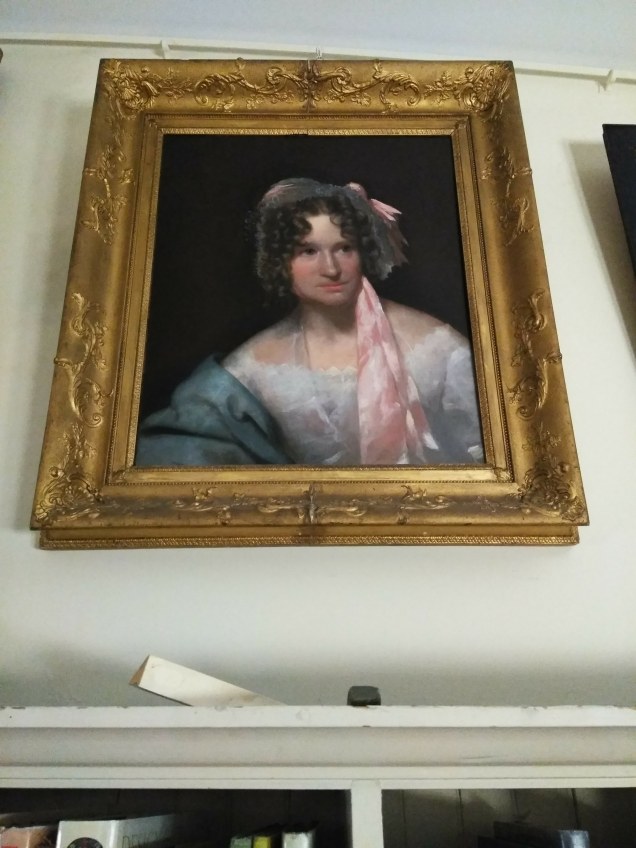 ***It should be noted that in a letter to Rufus W. Griswold, Whitman had stated that this painting was “unfinished.” It’s unclear in what aspect the portrait is incomplete, but regardless, the painting is a suitable likeness of the Providence Poetess and has been utilized as a proper representation of Mrs. Whitman for decades.