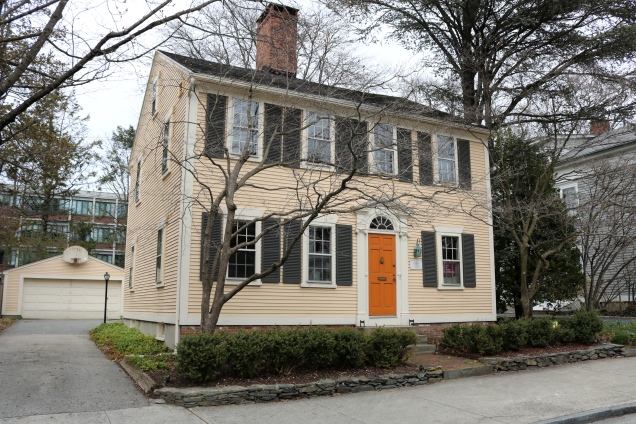 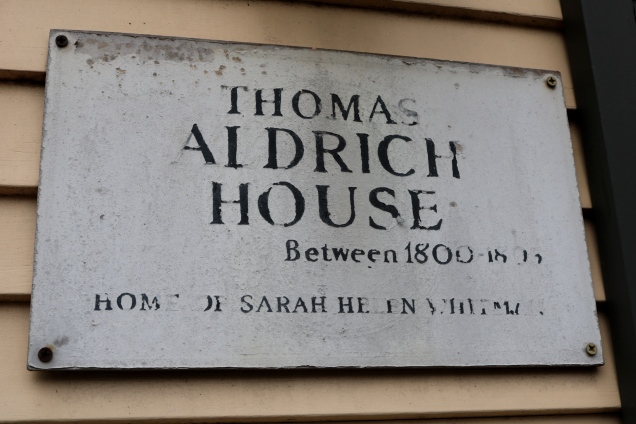 After the death of their mother in 1858, Sarah Helen Whitman took on full responsibility of her mentally ill sister, Susan Anna Power. Due to its large size and extensive upkeep, the Power household at 76 Benefit Street no longer suited the pair, so Helen and her sister moved into a smaller house at 37 Benevolent Street. Sarah Helen Whitman’s care and devotion to Susan would prove to be quite a weight on Helen’s shoulders, since Helen’s own health was failing. Visitors to the home were often turned away due to Susan’s instability, but of the few visitors that were able to make it inside the home, (usually while Susan was hiding in closet), they remarked on Helen’s cunning way of throwing drapery over lamps to illuminate certain prints or portraits on the walls, leaving the rest of the room in complete darkness. Helen and Susan would live in the home for seventeen years until Susan passed away in 1877. This came as a shock to Helen, since she was certain that her sister would outlive her. Helen took every precaution necessary to set her sister up financially in the event of her surviving her older sister/caretaker. Sarah Helen Whitman found herself alone and declining rapidly. The heart condition which ailed her for most of her life was now at its worst, and Helen remarked that even though she was now free from the many responsibilities that consumed her time, she was unable to enjoy it. It was during this time that Helen would receive an offer that she couldn’t refuse. A friend named Mrs. Albert Dailey asked Helen to move into her home, and with the help of her family, would care for the elderly Mrs. Whitman. The home of Mrs. Dailey would become the Site of Helen’s Death not even a year later, in June of 1878.